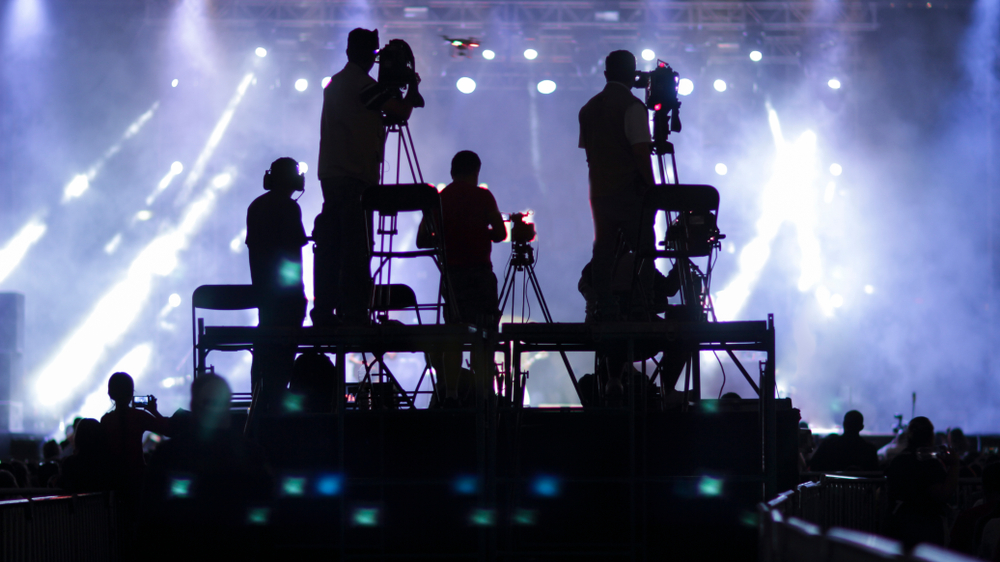 James & Owain had started working heading up the Covid Department of the Amazon Prime TV show Ten PerCent (Call My Agent UK) during lockdown 2020.  This is the origin of the case study and Bio Screening Services. PCR testing was the “Gold Standard” in testing and as there was very little knowledge of how this testing worked. It was regarded that it was the only option for Productions to keep filming and maintain their schedules. Once the first Covid outbreak happened on set, it was very hard to manage the outbreak, keeping the crew and cast happy and safe whilst ensuring the schedule is maintained and shut-downs minimised.  The main issue was the delay between sampling and results.  Discovering positive cases after they have been on set all day spreading was far from ideal.

After some research, Fluorescent Immunoassays were suggested as a solution to the problem.  These tests were incredibly accurate, specific but results took minutes rather than hours.  It did not take long to implement this testing in house, and the benefits became abundantly clear.  Testing in the morning before work started meant all crew and cast could be tested and cleared in 15mins before they set foot on set.  Clearing everybody onto set also eliminated the need of costly testing in advance of starting work. Thus saving staff and production time and money.  Costs of the analysers and assays were significantly cheaper than PCR testing.  The technology was also completely transportable and productions move locations regularly.  So the solution met, if not excelled, every requirement of testing the production had.

Once the new testing was implemented by James & Owain there were no more interruptions to the shooting schedule, crew and cast were kept safe and happy and the testing did not go over budget.  With this success James & Owain went on to start Bio Screening Services and seek UKAS accreditation.

With the build up to Christmas 2020 and the rise of the Omicron Variant, Productions faced a new challenge of very high case numbers. After the Christmas break, there was the issue of testing everyone back into work.  Those Productions who were PCR testing had little option on testing in advance.  Also, the new variant had a different incubation period which was making Covid Departments uncertain and PPE restrictions had changed.  This was a very stressful time for Productions.

Successful Testing on many shows:

Bio Screening Services were invited to help out on two Disney Shows, Culprits and Extraordinary.  Testing in the cast and crew every morning following the model created on Call My Agent.  This worked extremely well once again and the larger testing numbers and daily testing meant the standard operating procedures became streamlined very quickly.  Again, this saved the Production money whilst providing a vastly improved Testing solution, rapid daily results.

Approaching the summer of 2021 saw the easing of PPE restrictions and testing less frequent.  Bio Screening Services went to work on Damage, The Kitchen and One Day TV Productions.  With lots of outdoor locations and large numbers of supporting actors, the main focus here was concentrating on testing new supporting actors and daily staff rather than the regular crew.  Again, the flexibility of Bio Screening Services and the technology used meant all requirements were exceeded and Productions were happy.  Bio Screening Services have always put the emphasis on how they can help out each production and the specifics of what is required rather than installing a generic service.  Productions responded well to that.

“At a stage in our production where we were beset with Covid and facing extreme scheduling difficulties , the purchase of our IFA machines and the introduction of testing three times a week was a game changer. IFA provides fast easy and highly accurate results, enabling us to identify potential cases very quickly before we began our shooting day and prevent the further spread. We were able to train our Covid staff very quickly and as the machines are highly portable, they came with us on location. From the moment that we started the testing we had no further delays. I will definitely be using it on my next production.”

“The team at BSS are very knowledgeable and are fantastic at working the logistics of the situation. Nothing is too much trouble and they have certainly done all they can to help us in the past. A pleasure to work with!”